Posted by Little Monster on Monday, 01 August 2016 in Uncategorized 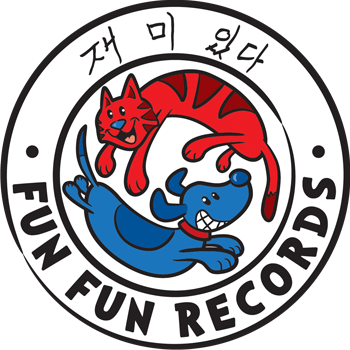 Fun Fun Records is a children’s music label where musicians from bands like The Bouncing Souls, Groovie Ghoulies, The Aggrolites or Screeching Weasel are putting out great music for kids. The label is run by Mike Park, a punk rock veteran, owner of Asian Man Records, who has played in many bands along the years and now has his own project of music for kids. We asked him a few questions about this and other fun fun stuff.

LITTLE MONSTER: How would you define Fun Fun Records?

MIKE PARK: It was started when my wife and I had our daughter and I would make up fun little songs to help her to stop crying. And then as she got older she would remember these made up songs and so I decided to record a children's record.  And then I thought why not start a label with punk rockers putting out kid friendly songs.  And that's what Fun Fun Records is.

LITTLE MONSTER: Do you ask your children before signing a band?

MIKE PARK: HA!  No, but that would be a good idea.  They can be the youngest music scouts in the world.

MIKE PARK: The first one I really remember was AC/DC back in black.  I believe I was 9 and that's one I remember really asking my father if he would buy for me whenever we were at a store that carried music.

LITTLE MONSTER: Did your parents take you to any concert when you were little?

MIKE PARK: No, unfortunately my parents never went to shows.  Although, my mom did see the beatles in san francisco.  She told me the girls loved Ringo the most.

LITTLE MONSTER: What is your favorite song from a cartoon series?

MIKE PARK: That's a tough one.  I guess the Flinstones, cause it's just such a great song with great instrumentation.  And always brings back childhood memories.

MIKE PARK: The only crazy things I can remember is thinking that if you called somebody and got a busy signal, if you just waited the call would go through when they were done.

LITTLE MONSTER: What’s the punkest thing that you usually do with your children?

MIKE PARK: Go to shows of course!!  Bringing them to a lot of the DIY punk shows/house shows.   So they're getting a taste of live music at an early age.

LITTLE MONSTER: Have you thought about releasing “I don’t want to go to the moon” by the Queers as a 7” in Fun Fun Records? We love that cover!

MIKE PARK: I haven't, but maybe that would be something fun to do in the future for sure.

LITTLE MONSTER: What famous band do you think that could make a cool fun fun record?

MIKE PARK: I think Green Day would make a great kids record cause they write such catchy and poppy songs.

LITTLE MONSTER: As a musician, you have played for adults and children, what audience is more punk?

MIKE PARK: Kids of course cause they don't care about anything other than having fun and when nap time is.  :)

Listen to the Fun Fun records playlist on our spotify account.